To this is added another parcel of one-and-a-half hectares, at the other side of the town, next door to Château Figeac. In total, the property shows differences of terroir and hydrology, confirmed by the digging of 25 sample holes to better understand the soils and sub-soils that make up the birthplace of the vine. For all that, the expression of terroir here is not simple.

The studies performed by the vineyard soil expert Xavier Choné have shown a variety of geological personalities. On the Figeac side, a thin soil, pebbly and sandy of alluvial origin; it is a hot and well-drained terroir allowing the roots to dig deep; it shows good winemaking potential, especially for the Cabernets.

Around Badette, three types of terroir are found, all at the foot of the hillside but different according to the level of slope. In the highest part, we find compact clay soils. Below, brown soils of the same type, more sandy, permeable, where the roots of the vine go down to a depth of more than two metres. Further down, close to the road, there are distinctly sandy-clay soils.

This diversity, which is also found in the grapes, has naturally led to the production of three different wines: Château Badette, Château Badette cuvée Bellerose and La Fleur de Badette. 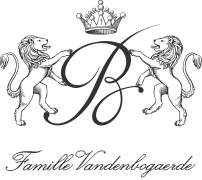